Weird sequels that were never made

Weird sequels that were never made

The success of ‘The Hangover Part II’, which became the top grossing film of 2011 this week despite (mostly) terrible reviews, is just the latest demonstration of why sequels are so important in Hollywood.

With such big money on offer, film studios always look into following up a successful movie, even if they don’t really have a decent idea for a story. Here are some of the madcap sequels that were genuinely considered by greedy movie producers, but thankfully never got the green light. At least not yet, anyway…

The idea: A direct-to-video prequel that saw a young Roger searching for his mother in, er, Nazi-occupied Europe. Along the way he meets a Hollywood actress called Jessica, who he must rescue when she’s captured by the Third Reich. Apparently the film ended with a huge military parade that saw Rog reunited with his real dad, who was revealed to be Bugs Bunny. Hmm.

Why it never happened: Co-producer Steven Spielberg reportedly hated the script - perhaps because he had just made ‘Schindler’s List’ and wasn’t in the mood for jaunty cartoon Nazis. A Hitler-free re-write set on Broadway was commissioned but the project never saw the light of day.

The idea: A prequel showing the adventures of Vic Vega/Mr. Pink from ‘Reservoir Dogs’ (Michael Madsen) and Vincent Vega from ‘Pulp Fiction’ (John Travolta) - who were apparently brothers. Tarantino said the project “would have taken place during the time Vincent was in Amsterdam, when he was running one of Marcellus’ clubs in Amsterdam. And Vic goes to visit him.”

Why it never happened: Quite simply, Tarantino had other projects he wanted to make more, and the actors got too old to play younger versions of their characters. Probably a good thing.

The idea: Based on Winston Groom’s sequel, Gump would have once again accidently stumbled through historical events - this time in the 1980s and 90s. Shenanigans included helping develop ‘New Coke’, destroying the Berlin Wall, capturing Saddam Hussein during operation Desert Storm and meeting Tom Hanks at the Oscars.

Why it never happened: A script based on the frankly-rubbish sounding book was written by Gump scribe Tim Roth, but according to Hanks a sequel was never seriously considered. “We would have just been repeating ourselves,” he told Radio 1 back in 2008. If life is like a box of chocolates, Gump 2 would be a coffee-flavoured one.

The idea: Written by Nick Cave (yes, the musician), this barmy-sounding sequel had Russell Crowe’s Maximus (killed at the end of the first film, remember) resurrected by Roman Gods and becoming some kind of immortal warrior, ultimately fighting in the Second World War and working at the Pentagon.

Why it never happened: Apparently Crowe was extremely keen on Cave’s script, as was director Ridley Scott, who said it “worked brilliantly”. Sadly, however, it was just a bit too barmy for the studio and they passed.

The idea: This nine page story treatment dreamt up by writer Melissa Mathison and director Steven Spielberg saw Elliot (the boy from the first movie) captured by an evil ‘mutant albino’ offshoot of E.T.’s race, who had been at war with the peaceful alien’s people for years. Eventually E.T. returns to save the day once more. At one point the diminutive alien leaves a message on his old radio saying ‘ET help Elliott soon’.

Why it never happened: Spielberg quickly decided a sequel to the most beloved sci-fi film of all time might be a bad move, famously saying (somewhat creepily): “It would do nothing but rob the original of its virginity’.

The idea: Having protected Whitney Huston in the first movie, Kevin Costner’s bodyguard Frank Farmer would now look after Princess Diana - who would play herself.

Why it never happened: Obviously because of her tragic death in 1997. According to Costner, however, the princess was “genuinely interested” in the project. “I had talked with Princess Di a couple of times," Costner told the BBC back in 2001. “She was genuinely excited to see [the script].”

Freddy vs. Jason vs. Ash

The idea: A sequel to ‘Freddy vs. Jason’ that pits horror icons Freddy Krueger and Jason Voorhees (the villains of ‘Nightmare on Elm Street’ and ‘Friday 13th’) against manic ‘Evil Dead’ hero Ash Williams.

Why it never happened: The trio had already battled in a comic series, so it seemed only a matter of time before the project reached our screens. However, ‘Evil Dead’ director Sam Raimi, who still owns the rights to the Ash character, reportedly wasn’t keen on the idea, so it’s still stuck in development hell.

The idea: Written by Kevin Smith (who directed ‘Clerks’ and is one half of ‘Jay and Silent Bob’), this is the granddaddy of silly sequels. Madcap producer Jon Peters gave Smith all kinds of bizarre elements he had to incorporate into the script, including (at various points) Superman battling a giant spider in the finale, Lex Luthor getting a space dog sidekick (because Peters liked Chewbacca ) and Brainiac fighting polar bears at the Fortress of Solitude. Peters also objected to the Man of Steel’s costume… and the fact he could fly.

Why it never happened: Amazingly, Warner Bros. loved the finished script (by that point the space dog was gone) but when Tim Burton was brought onboard to direct he had the screenplay totally re-written and eventually the project collapsed.

If you look at the economics of sequels, it's honestly a surprise some of these didn't get made.

Gladiator made nearly $500m. If they'd thrown $100m into a basic script and got some of the talent to return, they could still have doubled their money easy with sequel.

For me most of the POTC films are mediocre - overlong, convoluted, predictable tosh. But they're a licence to print money. People made a big deal about Avatar's $250m budget - Disney put $300m into POTC 3, and made nearly $1bn on it.

Perhaps there is some artistic integrity left in Hollywood after all.

Frankly Matt it's a shame they aren't going to do sequels to the other Pullman books. Initially I assumed The Golden Compass tanked, but it actually made about $150m over its budget. I suppose these days studios not only want profit, they want a mega profit. Harry Potter 1 cost $125 - less than The Golden Compass - and took over $900m. I still think partly the 'controversy' over the religious themes in the books is to blame; it was a much bigger deal in god-fearing America than in the UK. 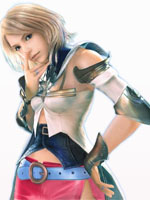 bigger_guns_nearby wrote:Frankly Matt it's a shame they aren't going to do sequels to the other Pullman books.

Yeah, the film wasn't without its flaws, the biggest being that they tried to cram too much into 2 hours... and of course it wasn't helped that New Line was on the verge of bankruptcy (the biggest stumbling block obviously!)

bigger_guns_nearby wrote:I still think partly the 'controversy' over the religious themes in the books is to blame; it was a much bigger deal in god-fearing America than in the UK.

I remain to be convinced that the subject matter led to the downfall of the sequels. I know that the evangelicals claimed victory for their campaign to raise outrage, and especially William A. Donohue spent the next 6 months in perpetual self-congratulation, and Sam Eliot blamed a smear campaign by the Vatican, but ultimately the decision was made when New Line - losing money hand over fist - sold up to Warner. It was a shame really, because Dakota Blue Richards was a superb Lyra, Nicole Kidman was convincing as Mrs Coulter. It would have been good to see them see the roles through to the end.

Of course, DBR is now too old to play Lyra. I remain hopeful that there will be another adaptation one day.

A shame they didn't try making the movie around the time the first Potter movie was made, when there was more money around. The first book was already popular by then.

Also whatever happened to 'The Northern Lights'? I always preferred that title. What with Harry Potter and the 'sorcerer's' stone, it seems American studios can't make British kids books without messing with the title.

That was Pullman's fault. He submitted it to different publishing houses with different titles and by the time he got the acceptance it was too late to change it.

Yeah, The Sorcerer's Stone really bugs me. It doesn't mean anything and was a marketing ploy by publisher's who didn't know any better whereas The Philosopher's Stone is something specific to alchemy.

I remember when "The Goldan Compass" came out. The previews just completely failed to tell the story or raise any kind of interest in the movie. I watched it on DVD when it came out and I thought it was a good movie. I wouldn't have minded spending $7 on a movie ticket to see that. Whereas some of the Harry Potter movies.... well let's just say they didn't live up to mine, or probably anybody's, expectations. I've been waiting on the sequel to the Goldan Compass but I guess it won't come out then....

No, not now. The best we can hope for is that it gets done in future and properly.

The film was good but it didn't quite live up to the book.

Well how successful was The Goldan Compass movie in Britain?

Yes, it had good box office ratings. HDM is a very popular series, featuring in the top 5 "great british reads" a few years ago and Philip Pullman is a much celebrated writer.