Alabama politicians ran on the issue of reforming illegal immigration in the state, mostly in response to an outcry from citizens hurt or unemployed by the problem of Illegal Immigration.

They kept their promise.

National social welfare advocates descended on Alabama like vultures on road kill and the stage was set for an ugly battle.  Self identified “religious groups” (whose faux religion is social liberalism) scared the “bejesus” out of unsuspecting (and under-informed) religious leaders who fell for the threats of arrest and worse if they were to comply with Alabama’s new law.  The main stream media, from NBC to Al-Jazeera, was more than happy to do the heavy lifting for the so-called religious groups opposing the bill.  Cries of racism, bigotry, and mayhem resonated with those who are generally susceptible to such rhetoric.

Patriots rallied for the rule of law and held the politicians’ feet to the fire.  Speakers at the rally included mothers of Hispanic babies, victims of crimes of illegal immigration, and those exploited by the failed permissive policy on immigration.  Politicians, especially Alabama Senators, listened to the people, and stood firm on their promise to keep the law in place that upholds the rule of law.

The Department of Justice sued, but the bill was upheld in court.

Immediately after the bill (HB 56) was passed, the unemployment rate began to drop.  Since the bill passed last legislative session, in some counties, unemployment has dropped dramatically. For example, unemployment has gone from 10%-6.9% in the former illegal immigrant hotbed of Marshall County, Alabama.

But social liberals don’t tire easily. Fueled by the throngs of union-funded Occupiers, those opposed to the rule of law threatened that the crops would rot in the fields, because no legal workers would work under the conditions and for the pay that the illegal immigrants would.

But they were wrong.

In fact, Alabamians were starving for jobs and the supply was choked by a massive influx of illegals who swallowed up the jobs as they came available. Legal Alabamians stood in line for blocks at job fairs hoping for their turn to work the job previously dominated by illegals.

It worked. Alabama went back to work.

Further, the same patriots who held the politicians’ feet to the fire with their rallies, local talk, and blogs, protected employees under the law, while the opposition supported the contention that people, any people, should sweat in the fields, with no protection from standard employment law, or fair wages. In essense, we did the job that the unions wouldn't do.

Liberals had to face the irony and hypocrisy of their dichotomy that what they supported was a permanent underclass without the rights all men should enjoy. While conservatives championed the positive economic impact as the heavy social welfare burdens began to ease, the crowded emergency rooms thinned, and unemployment continued to drop.

“Despite how desperately illegal immigrant sympathizers have tried to portray this law as somehow harmful to our state’s economy, the truth is more Alabamians are working today thanks in part to our decision to crack down on illegal immigration.”

Alabama’s unemployment rate has shrunk and they have added 35,400 new jobs since January of 2011.

Other states should take notice.

Another failure by liberals who want illegal immigrants to stay put here. I find it funny how the facts show that the anti-illegal people are right (once again).

Liberals try to make everyone believe that we're anti-immigrant, not anti-illegal immigration. 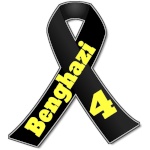 I am so proud of those Alabamian citizens who stood fast and held their elected representitives feet to the fire to uphold that law!

As a result the lawless left is, yet again, exposed for the frauds they have always been. 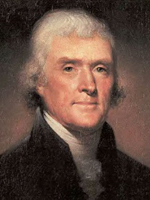 Thanks for the nod to my current home state of Alabama. We are also proud that those we elected to serve us, finally did.

That said, a US Court judge has pretty much lamed-up the state law and as a result, many illegals are beginning to 'trickle' back in.

This is the kind of thing that led to a very nasty few years between 1861 and 1865. While many are convinced the whole thing was about slavery, it was in fact mostly about an over-bearing central government in Washington imposing itself on the states.

For the record, slavery was then, is now and will forever be nothing but wrong. I personally regret that era because today, here in the south where the notion of states rights has been continually attached to racism, we find that we are still fighting the same war against that bureaucratic monster... but we also have to defend against misinterpretation of intent when it comes to race.

Unfortunately, the idea of the states having rights is still successfully shot down by the left.

It's shot down because many of those leftists (not all of them) don't think our constitution is worthy.... that it's "archaic" and should be redone.

Tough shit. I'm a firm advocate of the 10th Amendment and I stand by it.